From May 30 to June 1, the VIII International Transport Security Forum was held in St. Petersburg. The forum is dedicated to ways of ensuring security at transport area; therefore, the Forum is traditionally visited by representatives of federal agencies of executive authorities, Sea and River transport, Airports, Railway transport and metros, Automobile and Electric Urban Transport. 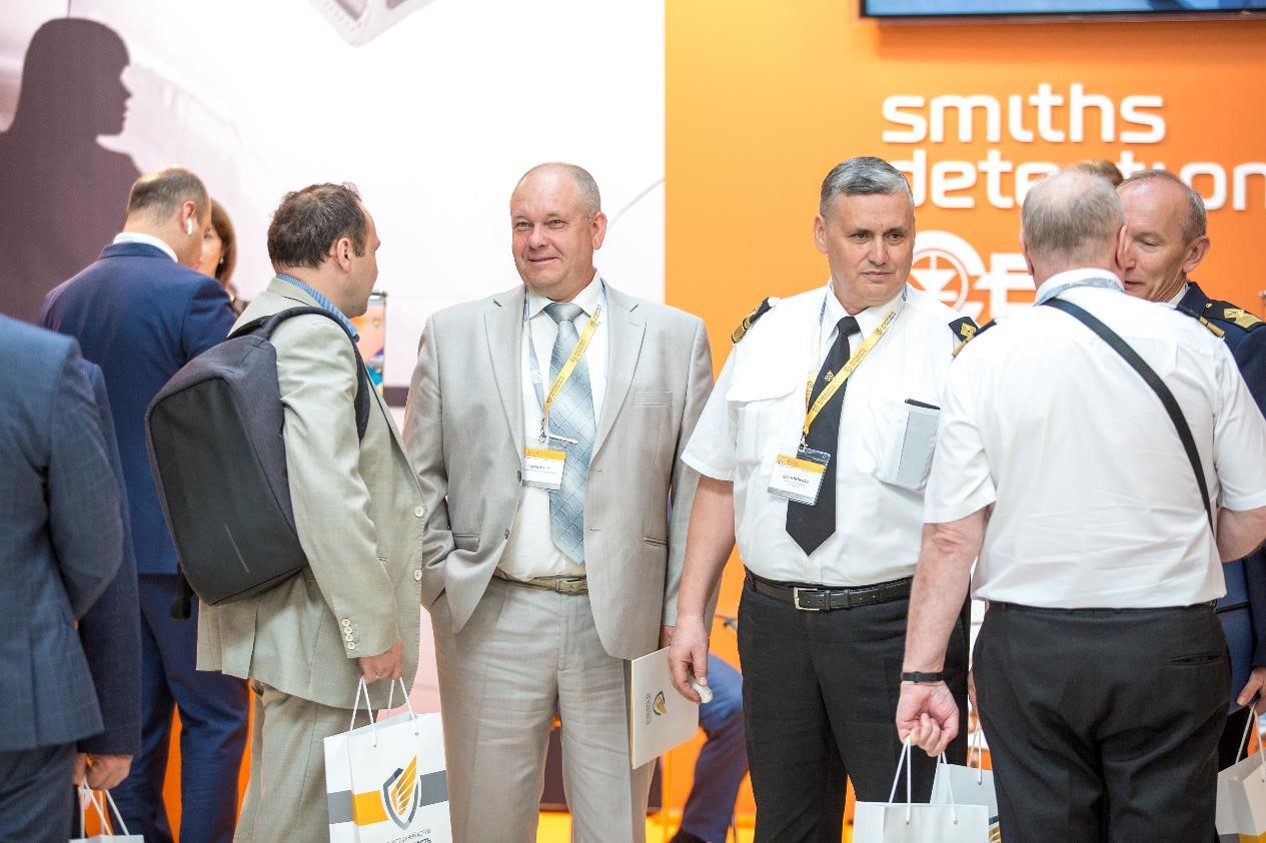 The event founder is Autonomous Nonprofit Organization, whose Head is Anatoly Vyborny, a deputy chairman of the State Duma Committee on Security and Anti-Corruption. 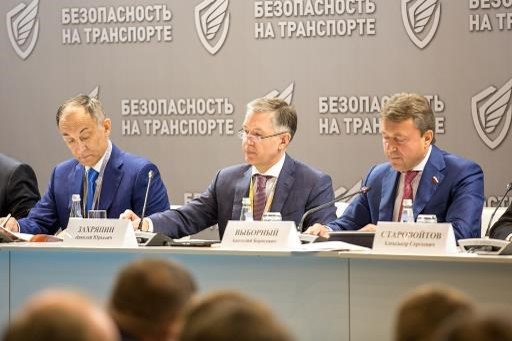 Deputy Minister of Transport Nikolay Zakhryapin opened the Forum with the presentation “Some actual problems on the transport security legislation practical implementation”. Next, the State Duma Deputy, Alexander Starovoytov, told about new legislative regulations in the field of transport security.

The most lively discussion concerned the issues raised by the Forum attendees regarding to implementation of the Government Decree No. 969 dated September 26, 2016 "About Requirements to the Functional Properties of Security Technologies and about the Rules for their Mandatory Certification." 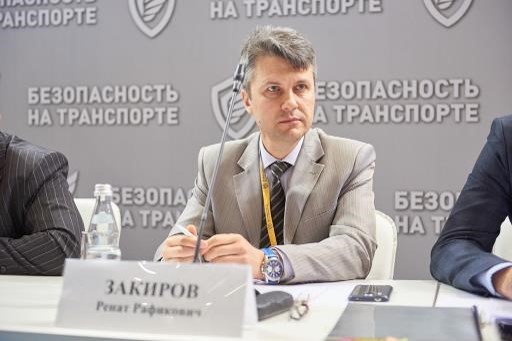 High attention was taken by the reports of the Federal Security Service representative and Head of the Federal Accreditation Service at the North-West Federal District.

Neoscan LLC acted as a partner of the Session “Aviation Security”. Konstantin Kamensky (Smiths Detection) gave the report “Development of international requirements and technologies in the field of aviation security”, where he described issues faced by foreign manufacturers in Russia when local certification. 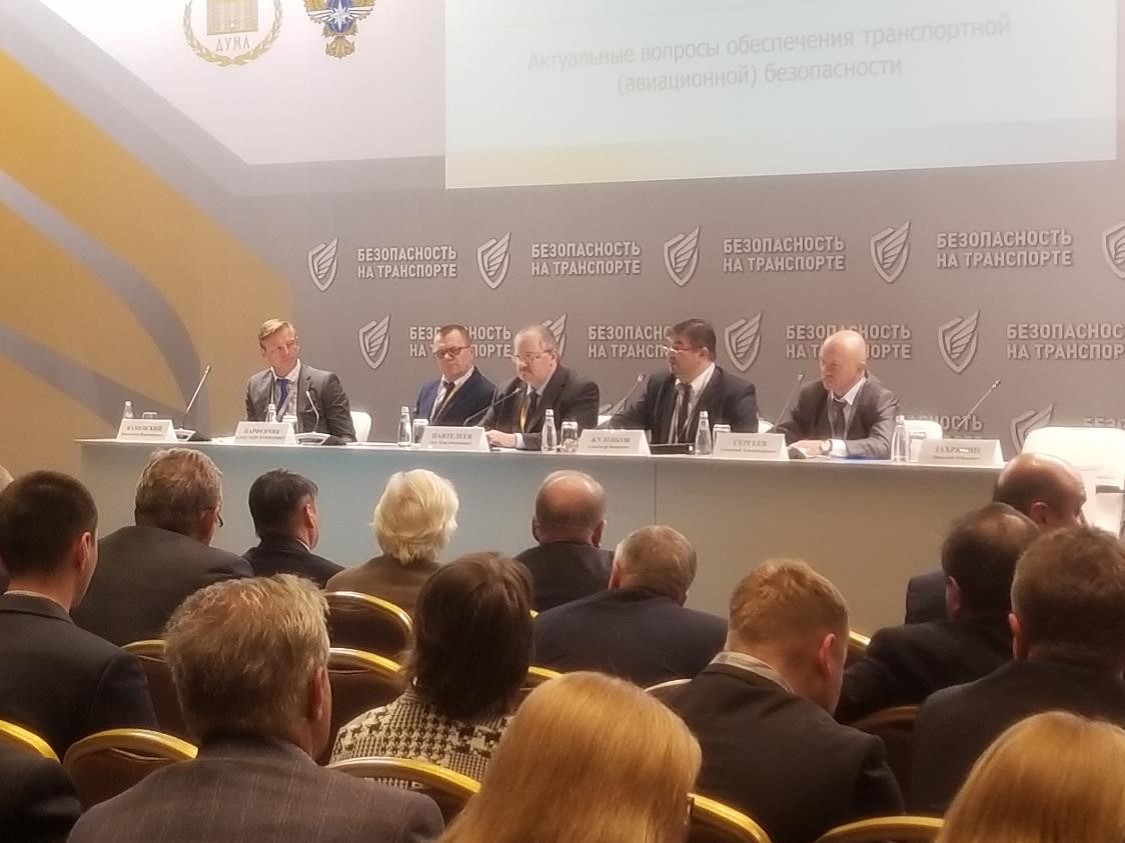 Neoscan team brought up important points. In particular, the maximum annual throughput of any certification laboratory is estimated to be 50-60 systems, while the number of such testing laboratories is still very limited in Russia. Their test algorithms need to be improved. 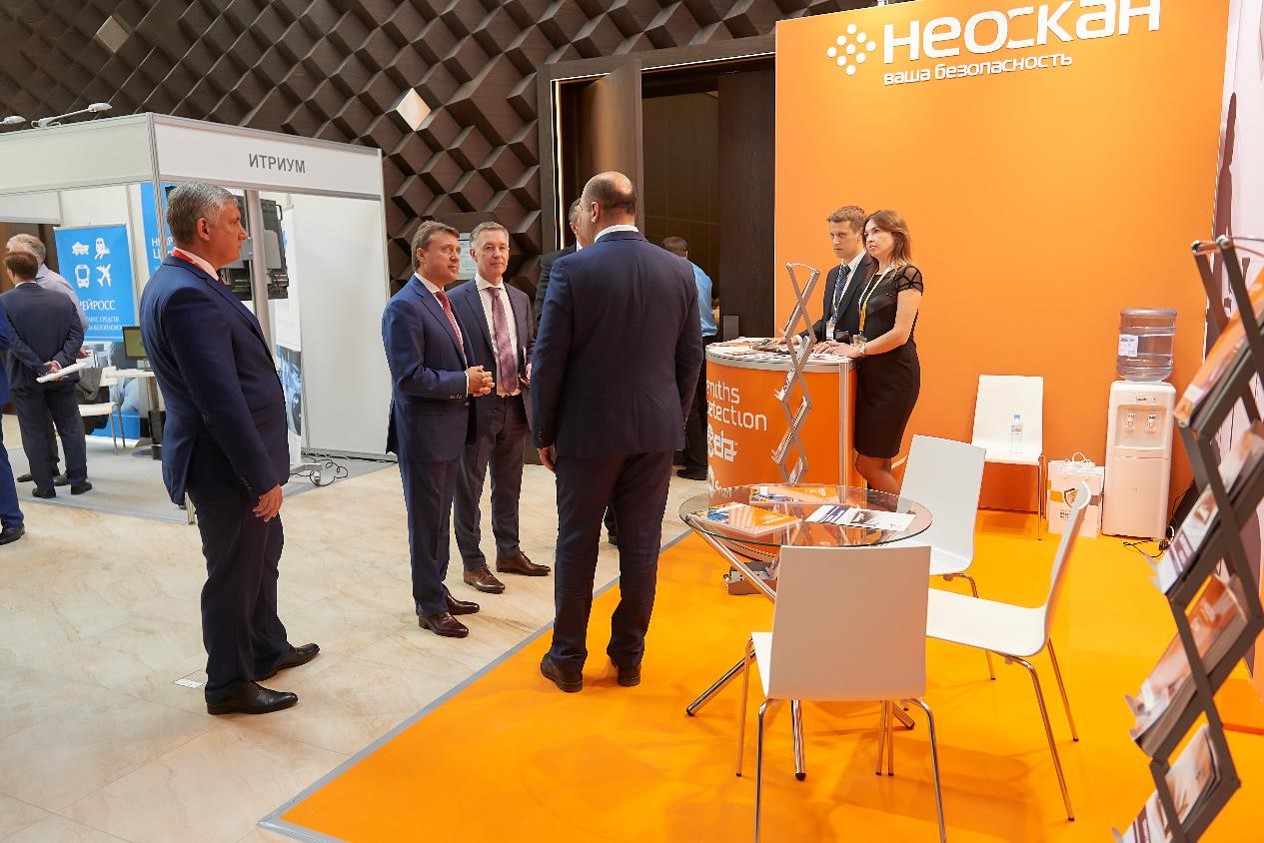 At all levels of discussion, we pointed out that the limited number of testing laboratories does not meet the current needs, builds up difficulties and leads to significant delays in testing and obtaining certificates. 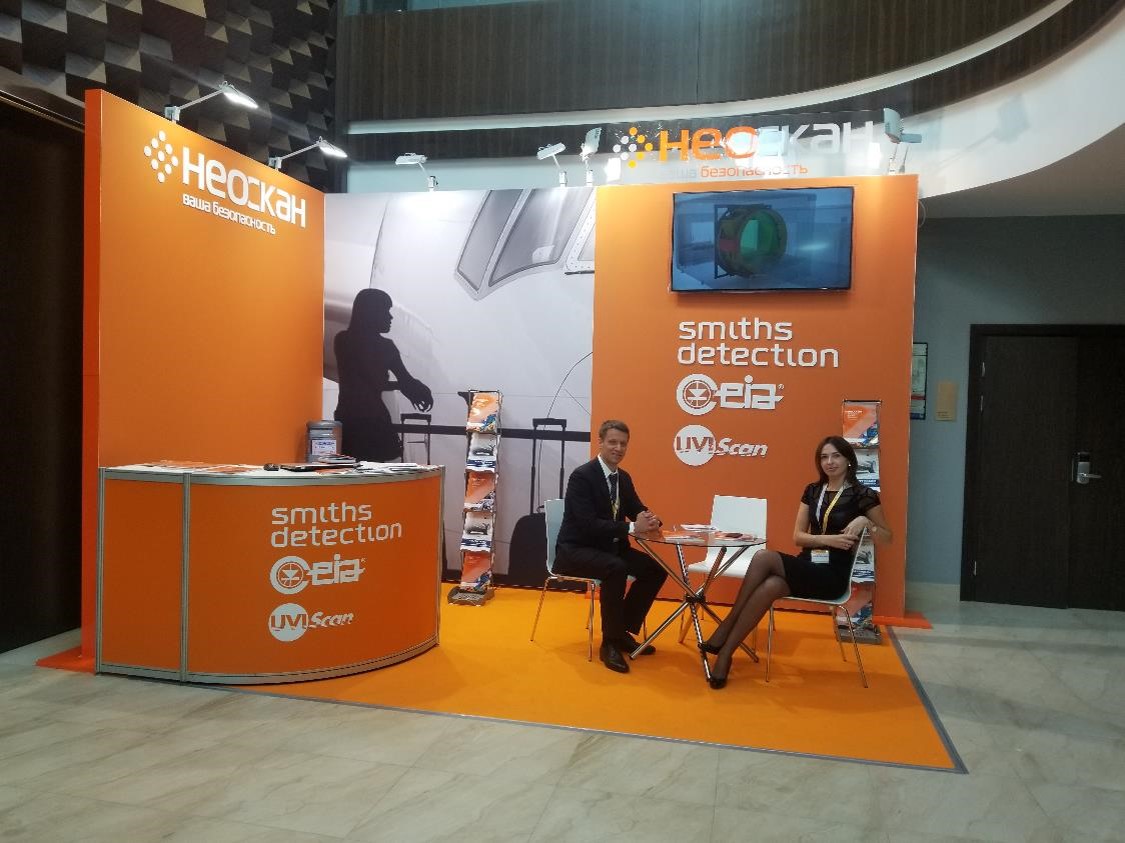 Neoscan and Smiths Detection took an active part in all the Forum Sessions. Our original stand was visible from the exhibition opposite end, it can be said that it became addiional discussion platform for the Forum attendees. 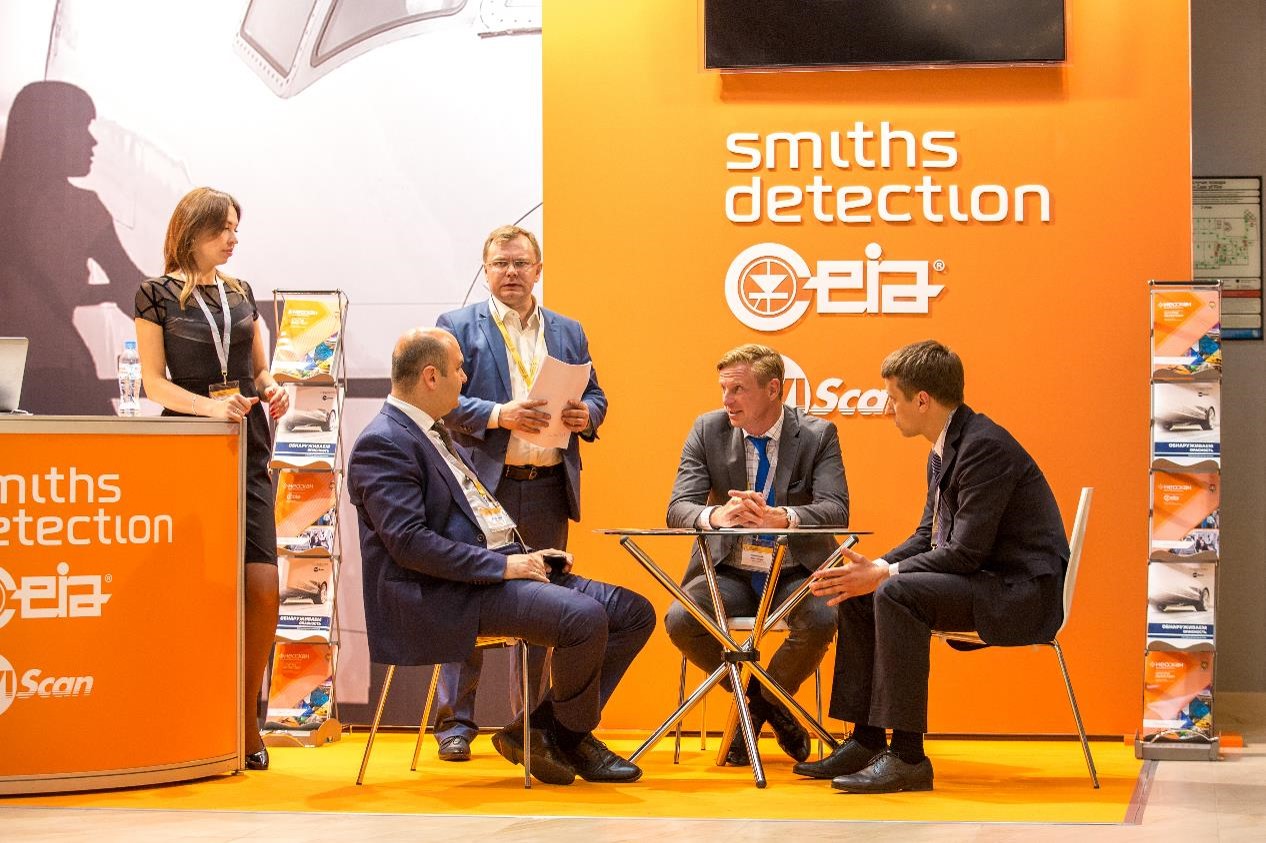 The Decree No. 969 is a big step towards changing the current situation at the market of security means. It is designed to oust unscrupulous manufacturers, streamline and regulate the industry. We hope that our proposals, as well as proposals of other Forum participants, will result in improving the Decree No. 969 points, increase its implementation efficiency. 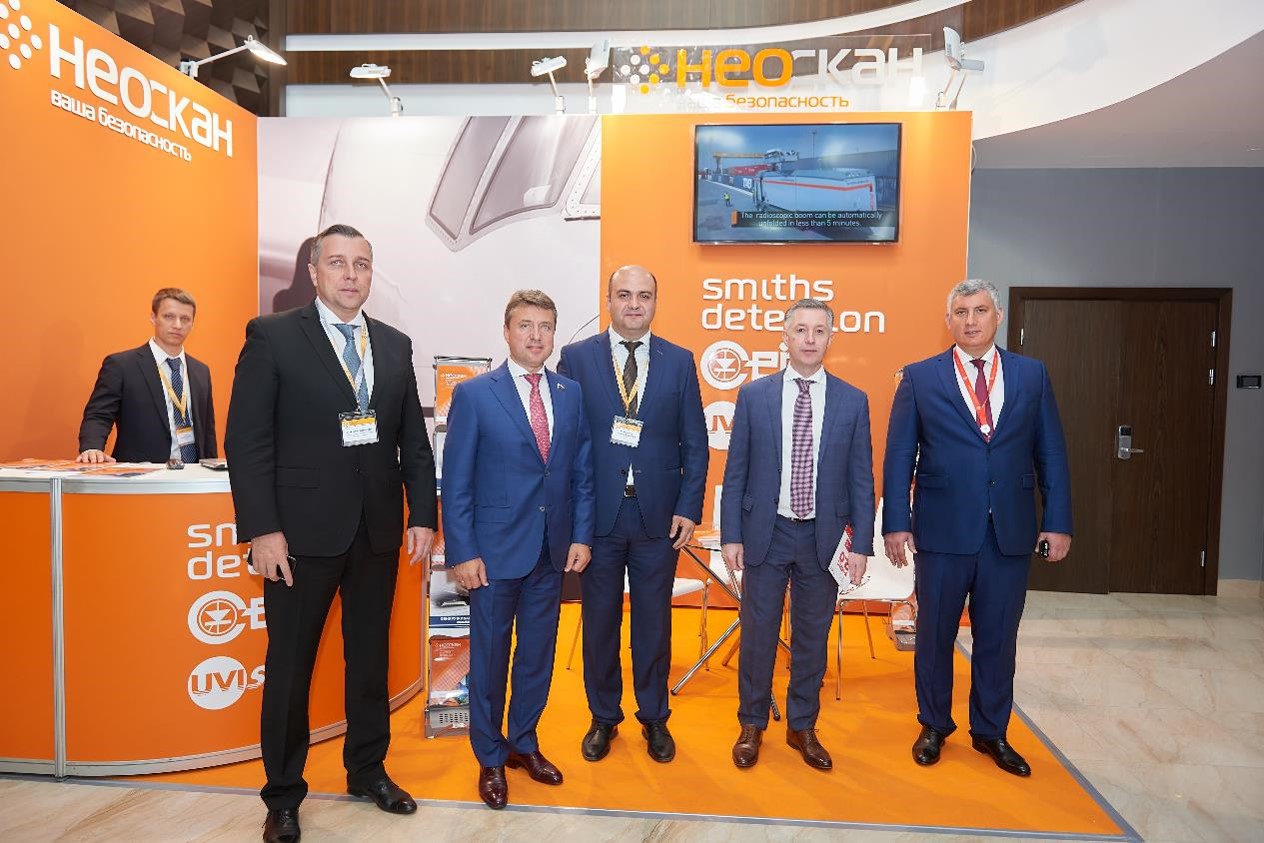 An active attendance of Neoscan at the Forum was marked by the Committee diploma. 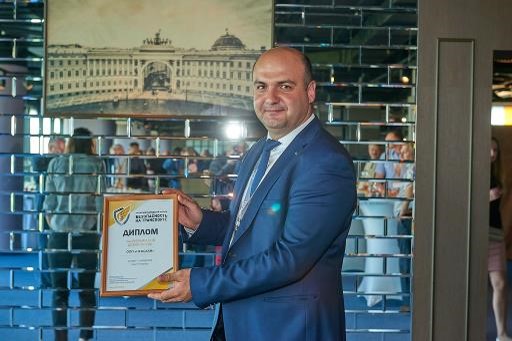